I’m documenting the completion of the demolition of Owings Mills Mall. Follow along!

Opened in July 1986, the 1-million square foot Owings Mills Mall (originally called “Owings Mills Town Center”) closed for good on April 8, 2016.  There has been a lot of discussion about what would replace the mall.  A Super Walmart was thrown out there (with HEAVY disapproval from the community) as well as a “lifestyle center” like Hunt Valley Town Centre and The Avenue At White Marsh. The demolition of the mall began in early December – over a year after the last of the original 155 stores vacated the mall.

Here’s an on-going Flickr photo album of photos. You can browse through right here, or click on the album to expand, larger. 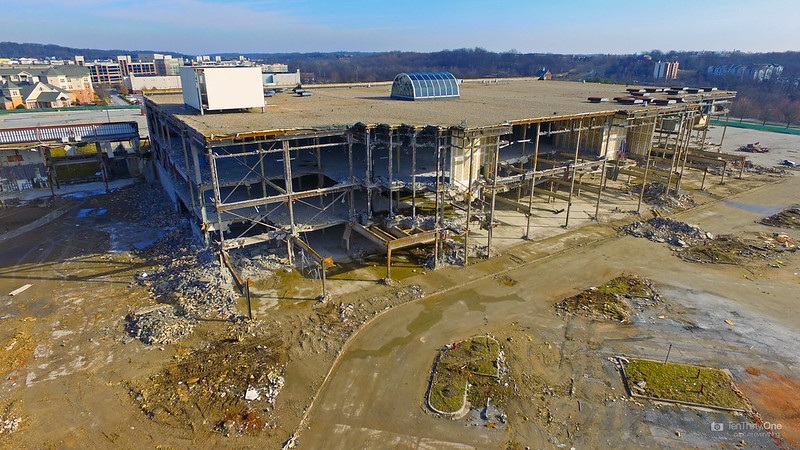