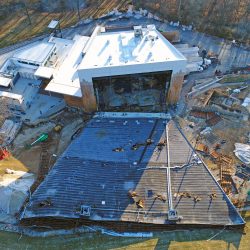 We were on scene around 6PM to capture the aftermath of a 15 acre brush fire in Randallstown, Maryland that began around 1:15PM. Over 40 firefighters from Baltimore, Carroll, and Howard Counties battled the blaze. The fire spread quickly because of the dry and windy conditions. The fire was announced to be extinguished at 7:05PM. A Read more about Aerial Video of Brush Fire in Randallstown[…]

I’m documenting the completion of the demolition of Owings Mills Mall. Follow along!         Opened in July 1986, the 1-million square foot Owings Mills Mall (originally called “Owings Mills Town Center”) closed for good on April 8, 2016.  There has been a lot of discussion about what would replace the mall.  A Read more about Owings Mills Mall Demolition[…] 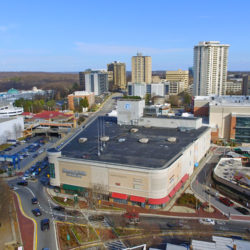 This footage of the general Downtown Towson, Maryland area was filmed in 2016 — before any demolition or construction began of the “Circle East” redevelopment project. Set to music, this video shows the Towson Circle, Towson Town Center, West Towson, “The Penthouse” condominium building, One Olymplic Plaza (where scenes of Netflix’s “House of Cards” filmed), Read more about Downtown Towson Aerial Tour[…]