Opened in July 1986, the 1-million square foot Owings Mills Mall – located in Baltimore County, Maryland – (originally called “Owings Mills Town Center”) closed for good on April 8, 2016. There has been a lot of discussion about what would replace the mall. A Super Walmart was thrown out there (with HEAVY disapproval from the community) as well as a “lifestyle center” like Hunt Valley Town Centre and The Avenue At White Marsh. The demolition of the mall began in early December – over a year after the last of the original 155 stores vacated the mall. 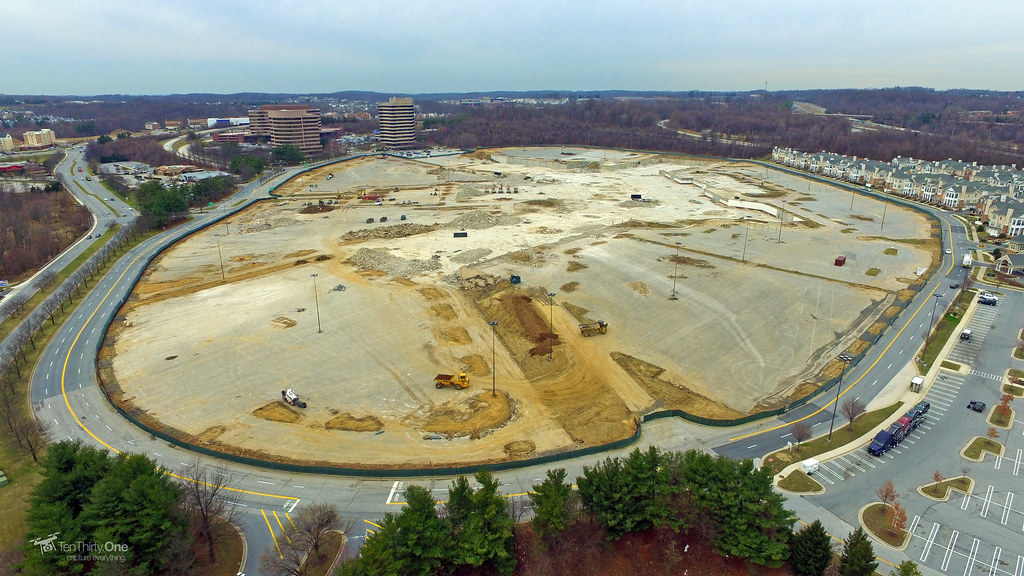 I’m considering this the end of the “Owings Mills Mall Demolition” series and the beginning of the “Mill Station Construction” series. The mall is leveled. The ground is flat. The property is prepped for the next chapter: “Mill Station” — a $108,000,000, 575,000 sq. ft. project to be anchored by…… Costco — to be completed by early 2019.